The controversial 2022 World Cup in Qatar all set to begin on November 21 and finish on December 18, FIFA Organisers confirmed on Friday, July 10.

The huge crowd of fans will get ease to watch groundbreaking four games a day on television, stretched over 11 hours, during the group stage of the Qatar 2022 tournament after the latest schedule announced officially.

The location of the venues puts up a great zest on fans in and around Doha with relatively short travel distances. Rocking beats could easily be hitting the roof of the stadium with a cluster of people as none of the eight venues in Qatar capital city, is not more than an hour apart from each other.

The beginning of the first-half games will be initiated at 1300 local (1000GMT) with the fourth match in second-half starting at 2200 local (1900GMT) and wrapping up just before midnight.
On November 21, the opening slot of the game will set in motion at 60,000 capacity Al Bayt Stadium, with its unique ‘tent’ style covering shelter.

“The World Cup is always a festival of football, a real celebration for the fans who come on-site and watch. In Qatar, with the compact nature, this is going to be amplified even more with 32 teams and 32 sets of supporters all in and around Doha,” said FIFA Chief Tournaments and Events Officer, Colin Smith.

FIFA will look for the draw of the tournament is held in March or April 2022 before committing specific matches to venues and time-slots at variance. It will empower organisers and team to coordinate better and align games in different time zones for domestic television partners of the competing teams.
The tournament was switched from it’s usual June-July slot due to the sweltering climate of the country, Qatar. Located on the Persian Gulf, Qatar sees an average high temperature of 108F in the summer, and temperatures close to 123F been recorded in the capital Doha.

Nasser Al Khater, CEO of the Qatar World Cup organising company, stated plans for the tournament stand fixed and scheduled with no clash. Work progress on roads and infrastructure is almost finished.

“When we talk about the stadiums, more than 85% of the work has been completed and really now, the last two years, we’re focusing on our operation readiness and making sure we get the fan experience plans in place,” he said. 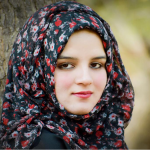